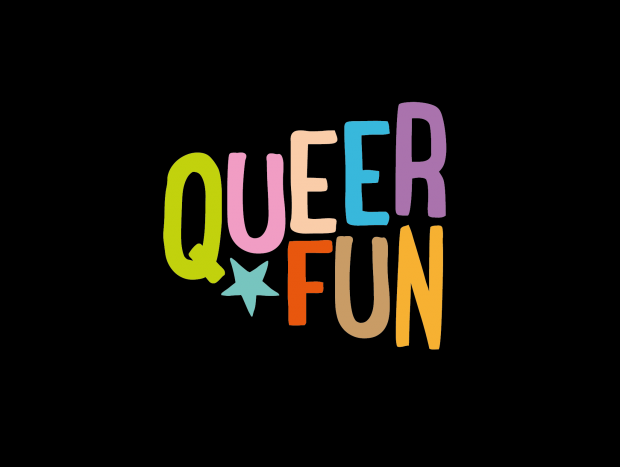 Duckie and Queen Mary University of London presented an afternoon of chin-scratching and high-kicking, during which having fun is to be taken very, very seriously indeed.

Performers, researchers and punters gathered for a half-day event, programmed by Ben Walters, exploring whether some forms of enjoyment can be considered properly queer and how they might shape the world.

What is Queer Fun?

Fun is important. Fun does things. Fun builds muscles. Fun offers a window into potential futures – including queer futures. Fun is at the heart of what Duckie does. But fun don’t get no respect, from society or the academy. This half-day event hopes to help change that.

Queer Fun is an offshoot of doctoral research that Ben Walters is doing about Duckie’s work with marginalised people and hidden queer histories. Ben is exploring whether there are particular kinds of fun that count as ‘queer’. Maybe they celebrate non-mainstream sexuality or gender identity. Maybe they provide relief from the pressure to be normal – or help shape resistance against that pressure. Maybe they offer a playground where better futures are rehearsed. Maybe they do something else.

At this event, artists, performers, researchers and others gave eight-minute talks or turns that express what queer fun means to them.

Growing up was a sham and a hoax! Adults don't exist! Embrace your inner queer babe-y! Join for some kids’ games and end up decolonizing the heteropatriarchy while you’re at it!

The co-creator of the Serious Fun Funzine revisits the project, calling for the emancipation of enjoyment in a society that both prescribes and prohibits fun. Have fun or fuck off!

What does it mean to have a personality “like a brick”? What Søren Kierkegaard’s neighbour-love and Mary Wollstonecraft’s shade tell us about RuPaul’s Drag Race.

A queer movement therapy for people aged 50+ and everyone else, Vogue-Chi uses Tai-Chi, Voguing vocabulary and other exercises to encourage people to find new versions of themselves.

A clothing-optional lecture about gay men and nude recreation – from beaches to bike rides to Pride parades – with an eye on the hetero/asexual lineages of nude activism.

Equality between the sheets but not in the streets? Sex and the queer man who has cerebral palsy, including the joys of Grindr and the frustrations of LGBTQ+ venues.

Twenty-year-old North London grime artist Karnage invites you to his 'Fun Room' - where anything can happen.

Lindseyamy and Lindseykev are uncertified life coaches. #L.A.L rebrand life and sell it back to you via leaflets, videos and uncomfortable one-on-ones. #therapy #loneliness #bestlives #analrejuvenation.

Ascension: what if Jesus was a fish? The performer will hold a salmon for an hour on top of a table. The performance tries to reflect on gender issues and religious and cultural representations of men and women.

Lots of people say new technology isolates us but for LGBTQ people it can be incredibly liberating. A soundscape of spoken word and sampled technophilia.

Oozing Gloop is serving soup! Join the co-founder of Serious Fun! for some queer alchemy – a veritable smoothie of trash and capitalism, grids and spirals, journeys with destinations and, of course, gold with loo roll.

How Henry Paget, fifth Marquess of Angelsey, spunked the family fortune up the wall buying bling and putting on fabulous shows for workers on his estate.