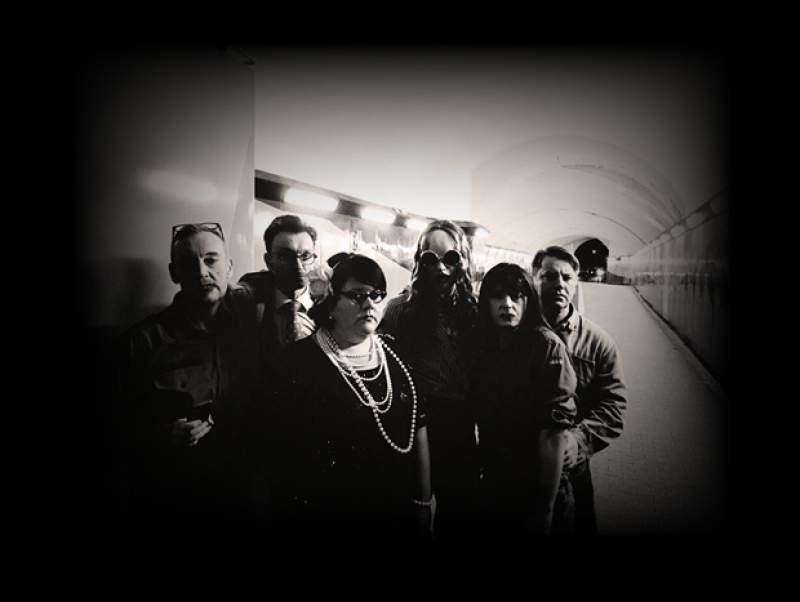 In 1995, the Royal Vauxhall Tavern was in something of a lull. The Sunday afternoon drag residency was well established (and continues to this day) but Lily Savage’s residency had ended as her mainstream TV career took off and the venue was closed more days than it was open. Simon Casson and Amy Lamé were looking for a venue to host their new idea for a club, Duckie. They had visited various potential sites but Lamé later recalled that the RVT was immediately their preferred choice. “I came into the Vauxhall Tavern and it was just like: boom! That instantaneous feeling of, ‘This is exactly where we need to be.’ We realised then that the Tavern was standing on the site of the old Vauxhall pleasure gardens” – the historic institution that between 1661 and 1859 pretty much set the template for modern, accessible, experimental and transgressive leisure culture – “so it kind of felt like us carrying on this torch of performance history.”

Lamé reports her first response as being corporeal, indeed visceral: a gut sense or erotic understanding that preceded the rational, knowledge-based apprehension that the site’s performance lineage made it a suitable home for the venture she and Casson had in mind. The image of the torch, meanwhile, positions Duckie less as beneficiaries in a normative structure of heredity than as participants in an enterprise shared with perceived collaborators who happen to exist in other temporalities. Lamé continued to learn about the pleasure gardens, collecting historical memorabilia and using her understanding, both bodily and intellectual, to inform numerous subsequent Duckie projects.

In the years since Duckie’s arrival, the RVT has maintained a reputation as a celebrated hub of contemporary LGBTQ+ performance. New residencies have been established, including queer and trans community showcase Bar Wotever (Tuesdays since 2005) and the Big Bingo Show hosted by Timberlina (Mondays since 2006). The use of the venue by a plurality of communities has generally been harmonious but it has not been without controversy. In 2015, a petition was launched demanding the removal of Laquisha Jonz, one of the characters regularly portrayed by resident Sunday performer Charlie Hides, and perceived by some as a blackface act. In response to the complaints, Hides stopped performing the character and his residency continued. The RVT’s emblematic standing has been reinforced by its use as a location for feature films including Pride (2014), which recreated the LGSM event, and Absolutely Fabulous (2016).

By 2016, the pub’s reputation was such that researcher Simon Avery could write, in Sex, Time and Place: Queer Histories of London, c.1850 to the Present, about “the celebratory status of the RVT as nothing less than the oldest consistently queer venue in the UK, with its diverse experimental and challenging entertainments clearly drawing a historical link back to the original Pleasure Gardens”. Calling it a venue that “might be seen as the most queer space in London in the widest sense”, Avery suggested that at a time of multiple LGBTQ+ venue closures in the city, “the RVT stands as a resisting embodiment of particular kinds of queer history and their spatial formations”.

Early in Duckie’s life, the collective’s investment in the RVT’s queer past found activist expression through a campaign to defend its queer future. In 1998, Lamé, Casson and others associated with Duckie formed a group to resist plans to demolish the RVT to make way for a shopping centre, referring in campaign materials to the century-spanning history of the site. Following the collapse of those redevelopment plans, Duckie’s 1999 outdoor production The Vauxhall Pleasure Promenade mobilised the same history in a celebratory, site-specific performance context. The RVT’s history also informed Duckie’s experimental theatrical production Readers Wifes Fan Club, presented at the pub in November 2010. In 2013, which Duckie estimated to be the 150th anniversary of the RVT’s construction, the company produced Vauxhall Bacchanal, a day-long series of events at the Southbank Centre focusing on the area’s transgressive recreational history. Events in the Bacchanal included a club night, panel discussions about the pleasure gardens, the RVT and the wider Vauxhall gay scene, a pleasure gardens-themed costume workshop and catwalk show, the Readers Wifes discussing the effects of various drugs on pop music, a David Hoyle show themed around alcohol, a drop-in event related to a project working with local hostels for homeless people with addiction issues, and a short interactive performance piece by Neil Bartlett.

This engagement continued in 2014 in the form of Happy Birthday RVT, a Heritage Lottery Fund-backed collaboration between Duckie and Tim Brunsden’s filmmaking collective Re-Dock, Battersea Arts Centre, Lambeth Archives and the RVT itself. Happy Birthday RVT consisted of collecting oral histories, making a film and creating a pop-up exhibition of material related to the RVT, Vauxhall and LGBT history. A group of young performers worked with Duckie to generate acts based on the research, showcased at an event held at the Tavern. Amy Lamé also hosted a walking tour on 2 September 2014 that began inside the RVT, where Lamé reported the venue’s recent sale. The venue’s purchase by Austrian property development company Immovate prompted the creation in October 2014 of RVT Future, a campaign group, whose founding members included Lamé, Casson and myself, dedicated to maintaining the RVT’s status as a site of queer community and culture.

These various projects show the rich and layered role of the RVT in Duckie’s work across many years, not only as a regular home for socialising, dancing and performing but as a site whose past is something felt in the body as well as understood in the mind, and deeply worthy of excavation, exploration, celebration and reinterpretation. Duckie’s work has generated and disseminated knowledge about the site to numerous audiences, including Duckie regulars, young performers, Vauxhall residents and employees and users of a range of cultural, charitable and other organisations. The company’s projects have often been focused on feeling as much as rational understanding, and on non-linear, non-hereditary interaction between temporalities. And although the site’s consistent history of recreation and fun has been illuminated and championed, there has also been attention to the downsides of revelry, as well as activism resulting from the recognition that a site capable of generating such a past and such a present should be defended in the interests of a comparably fertile future.

This is an edited excerpt from Ben’s ongoing doctoral research into Duckie’s work generating better futures through queer fun. You can call him Dr Duckie.