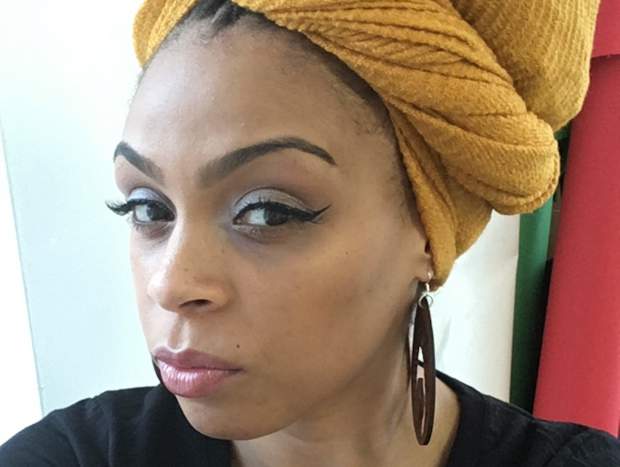 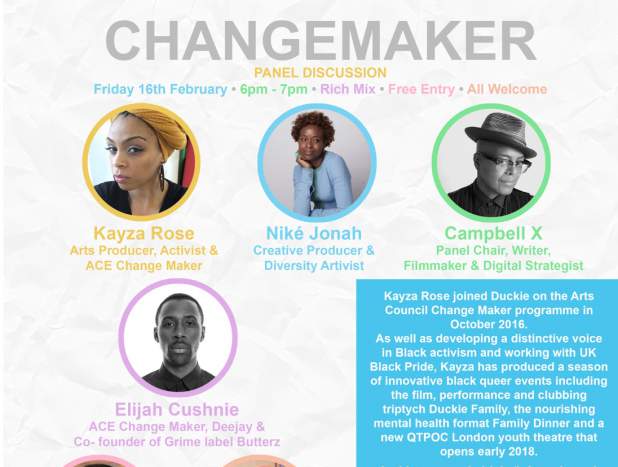 Kayza Rose joined Duckie on the Arts Council Changemaker programme in October 2016 to shake up what it means to be an Arts Producer in the UK in 2018.

As well as developing a distinctive voice in Black activism and working with UK Black Pride, Kayza has produced a season of innovative black queer events including the film, performance and clubbing triptych Duckie Family, the nourishing mental health format Family Dinner and a new QTPOC London youth theatre that opens early 2018.

She was also tasked with updating the traditionally white-facing LGBT outfit Duckie with a more intersectional approach to producing art and culture.

In February 2018 we presented a post work drinks/informal panel show where Kayza was joined by her co-conspirators who have helped her along the way including Niké Jonah, Campbell X, Elijah Cushnie, Arts Council's Abid Hussain and a few of her colleagues that are makers of change.